About Us
PLUS HOME
Residential

Imagine a home that uncompromisingly makes space for you and your loved ones.  A home, whether big or small, that doesn't restrict your life, but moulds it for the better. Imagine a home that blends nature seamlessly with the indoors. A home where you could find diligence in design in every square inch of space.  All this and more makes Rohan Madhuban-II a unique home of these times.

Born of Rohan Builder's innovative concept of PLUS Homes, Rohan Madhuban-II brings together the best of architectural expertise    in each of its homes, across all size configurations. What you'd find in here isn't just world-class amenities or mind-blowing features. But a world where space takes its best form ever.

The expression of community living is captured beautifully in this project through the integration of outdoor spaces in design as an act to facilitate collective culture.

The design intends to carve paths for social encounters and gatherings among users. The main concept was to envisage the idea of traditional courtyard to a larger scale by creating a central space within the built mass which will serve as an extended space for the units.

The conventional experience of entering a building is redefined by restricting the vehicular movement to the outer edge and creating an internal pedestrian street, facilitating and further encouraging social interactions. The building mass is punctured strategically and double height terraces were introduced which provides a distinctive look to the facade. By cutting a central courtyard into the built mass, the apartments has transformed from a box to a space with a unique sense of home for every user. Through strategic planning, each unit has been provided with an utmost level of privacy and are equipped with balconies to furnish majestic vistas of the green surrounding.


It is located off the Mumbai-Bangalore national highway, by-passing Pune city. Bavdhan road serves as the main approach road for Mumbai-Pune expressway and Chandani Chowk. Bavdhan is mostly a residential suburb of Pune and is very fast-growing in the last one decade. It is strategically located on NDA Road, the centre of Aundh and Kothrud - both well-developed suburbs free from illegal development and encroachment . The area is easily accessible from Mumbai as well the main city. Hinjewadi IT Park is within ready commuting distance from Bavdhan, being just 20 minutes away via the highway. 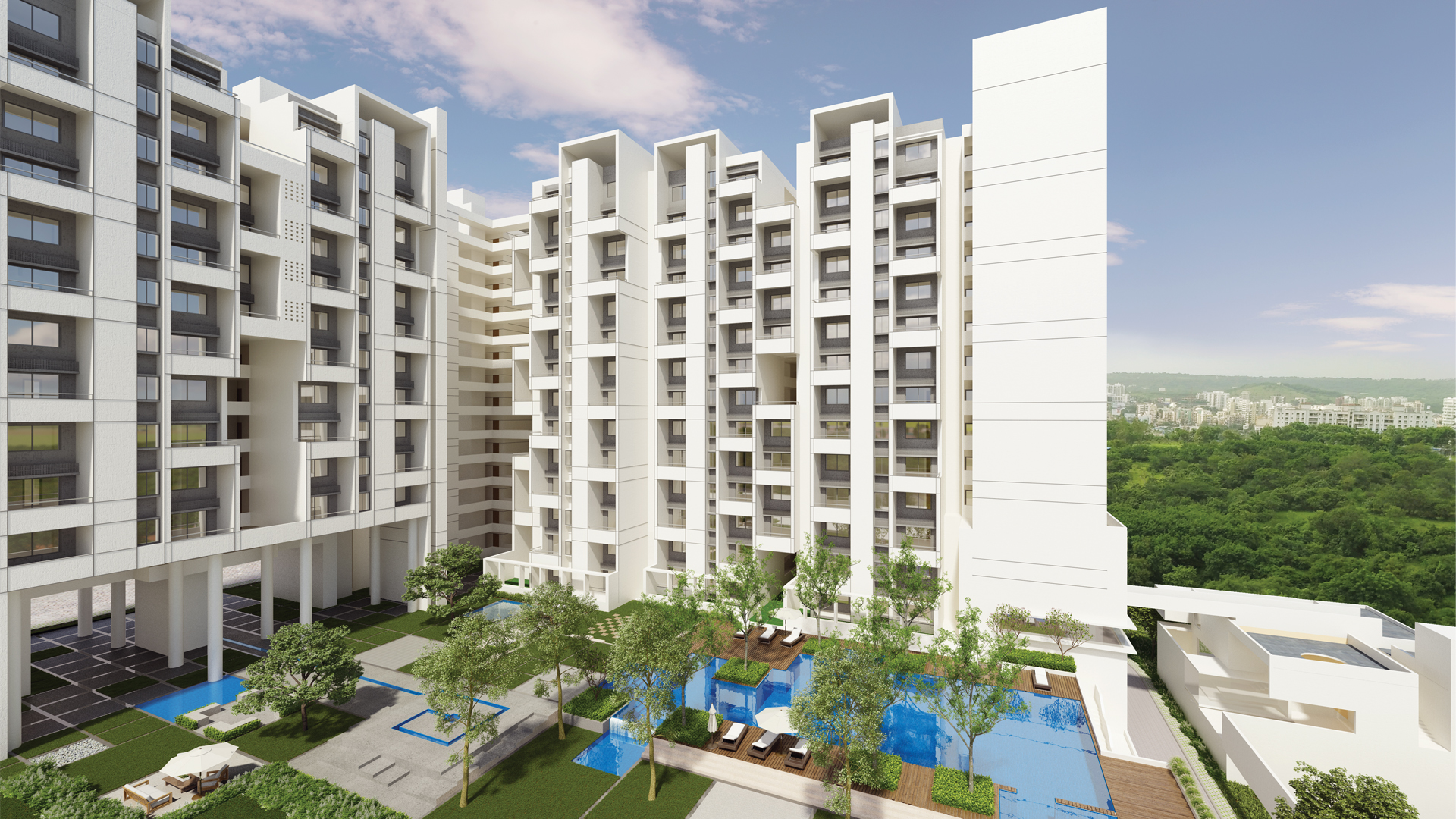 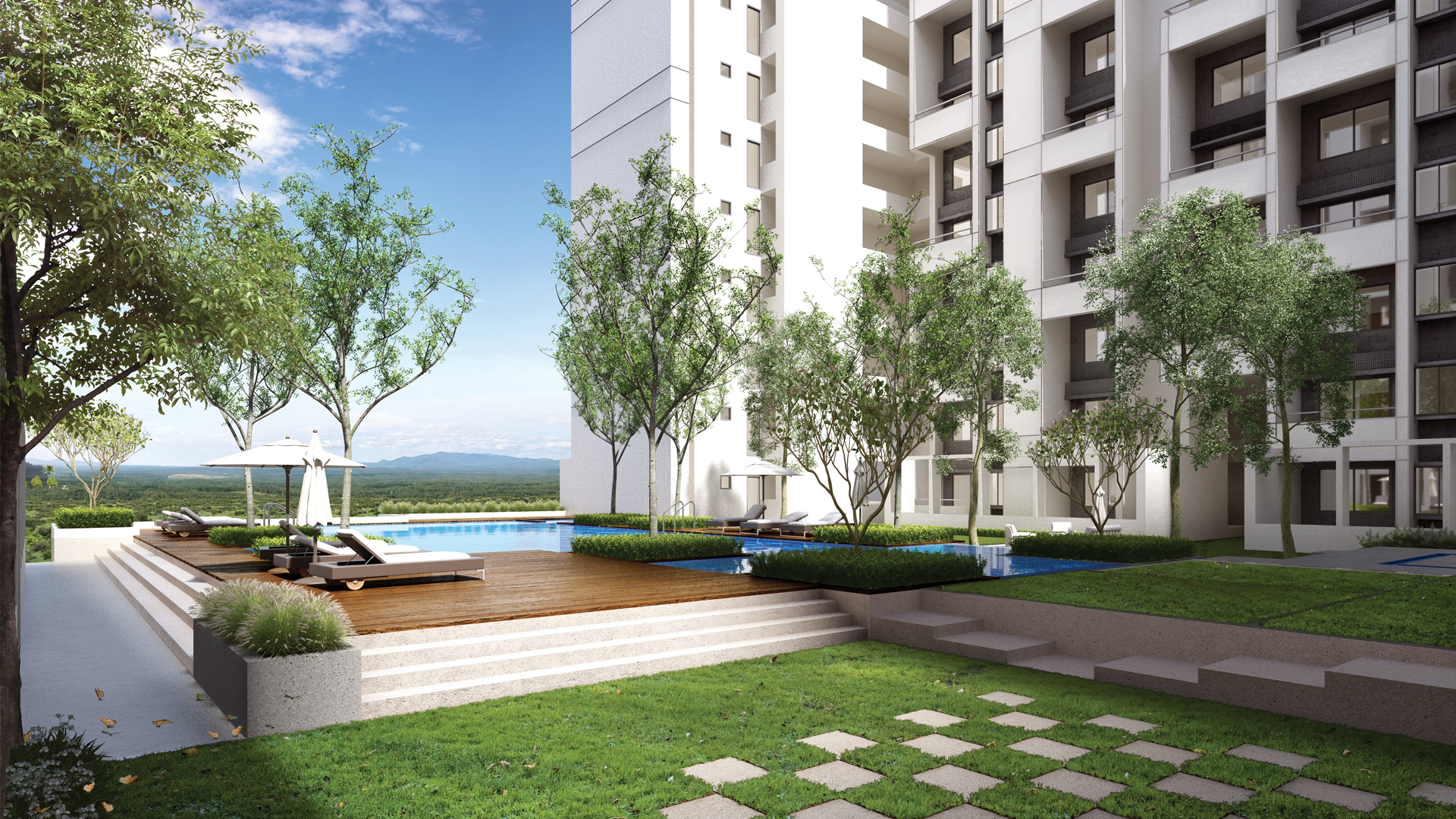 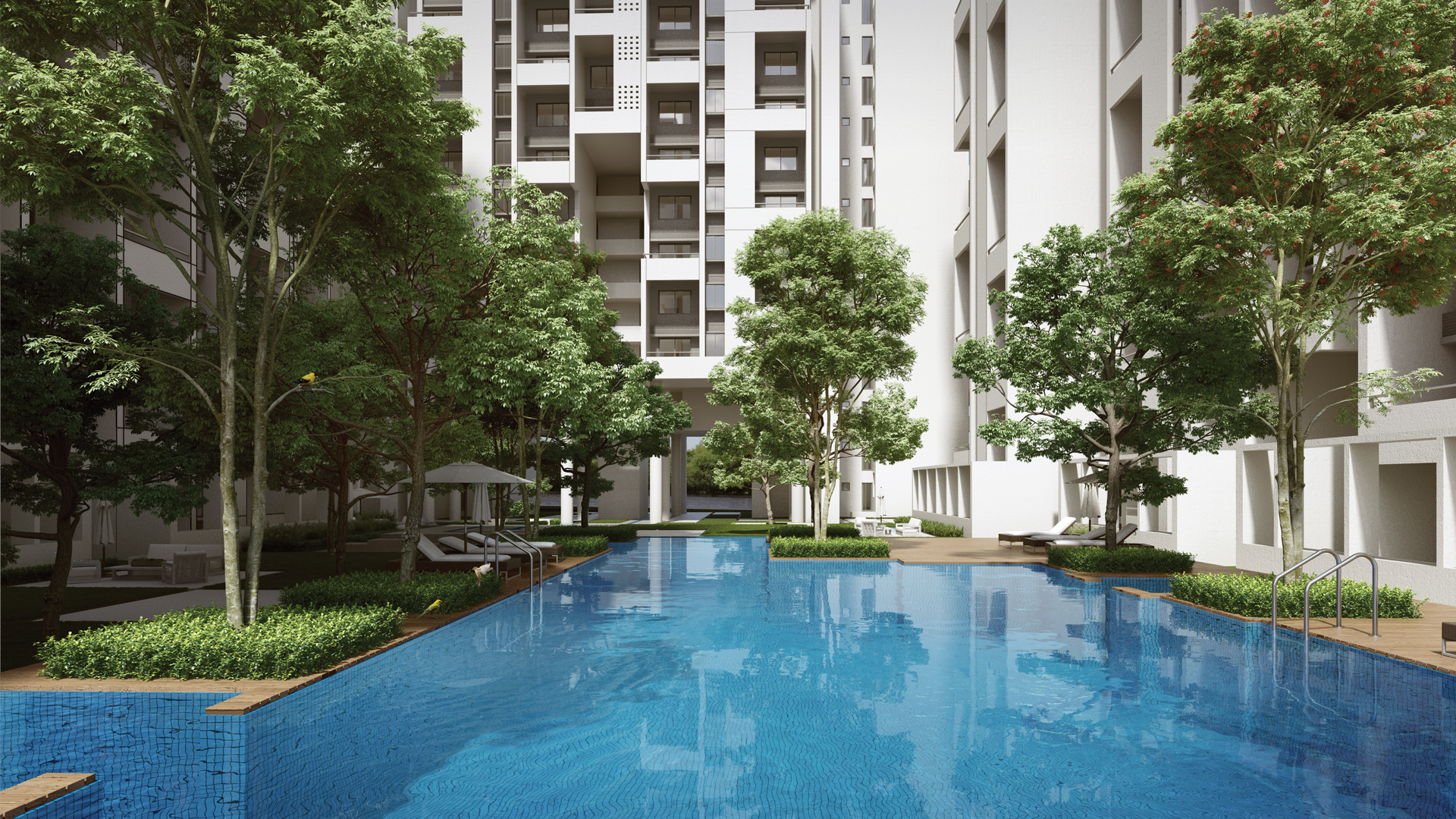 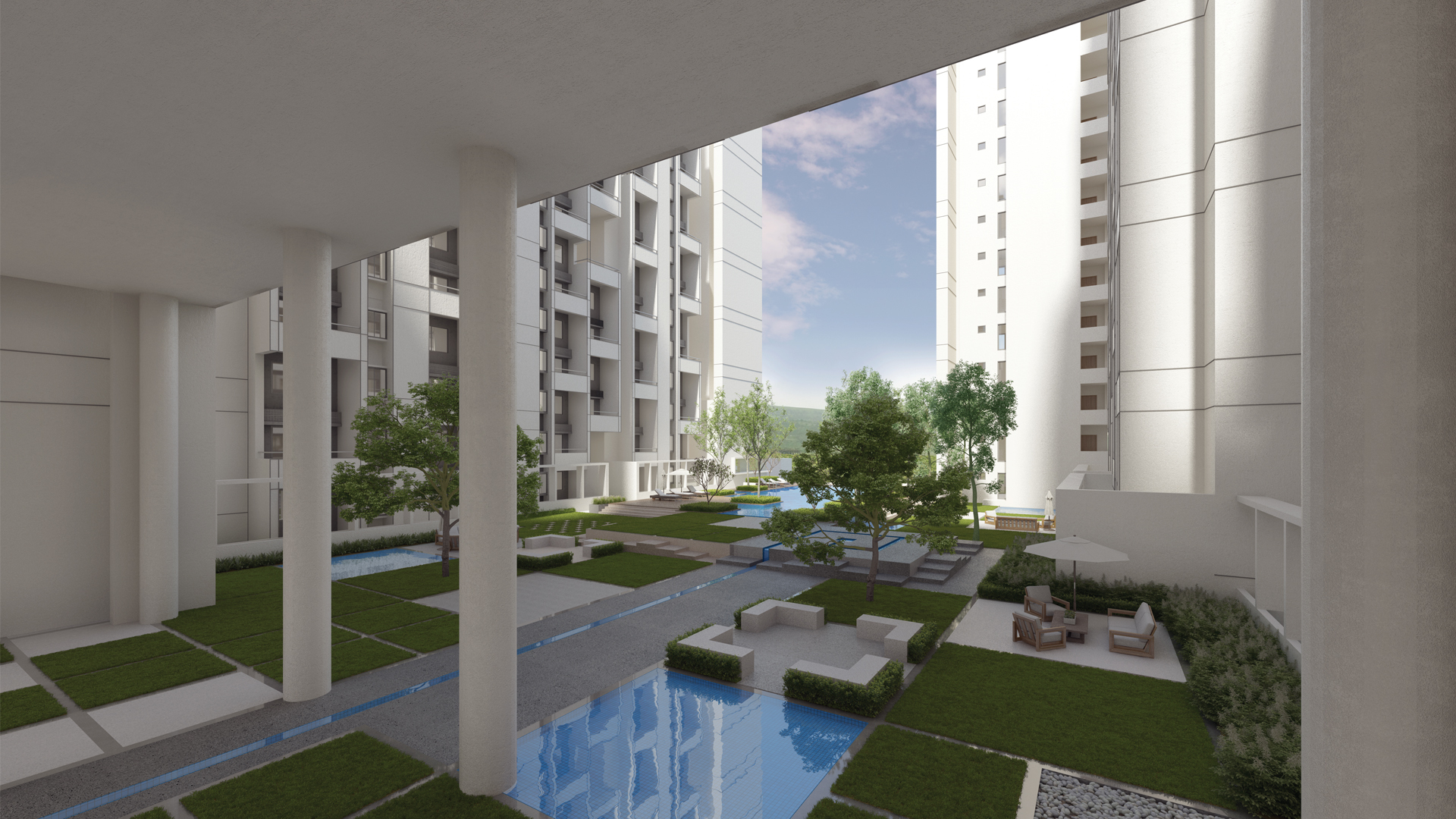 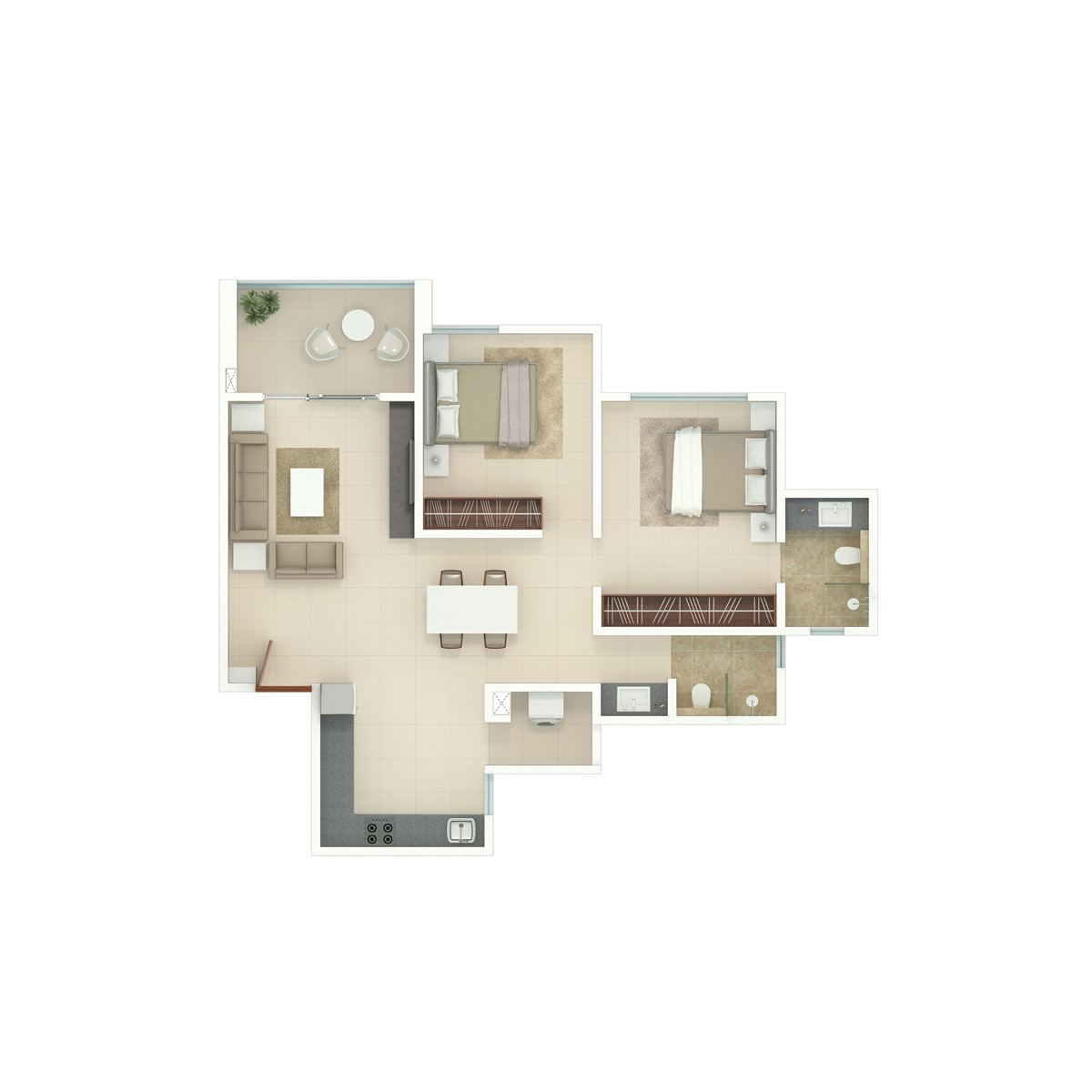 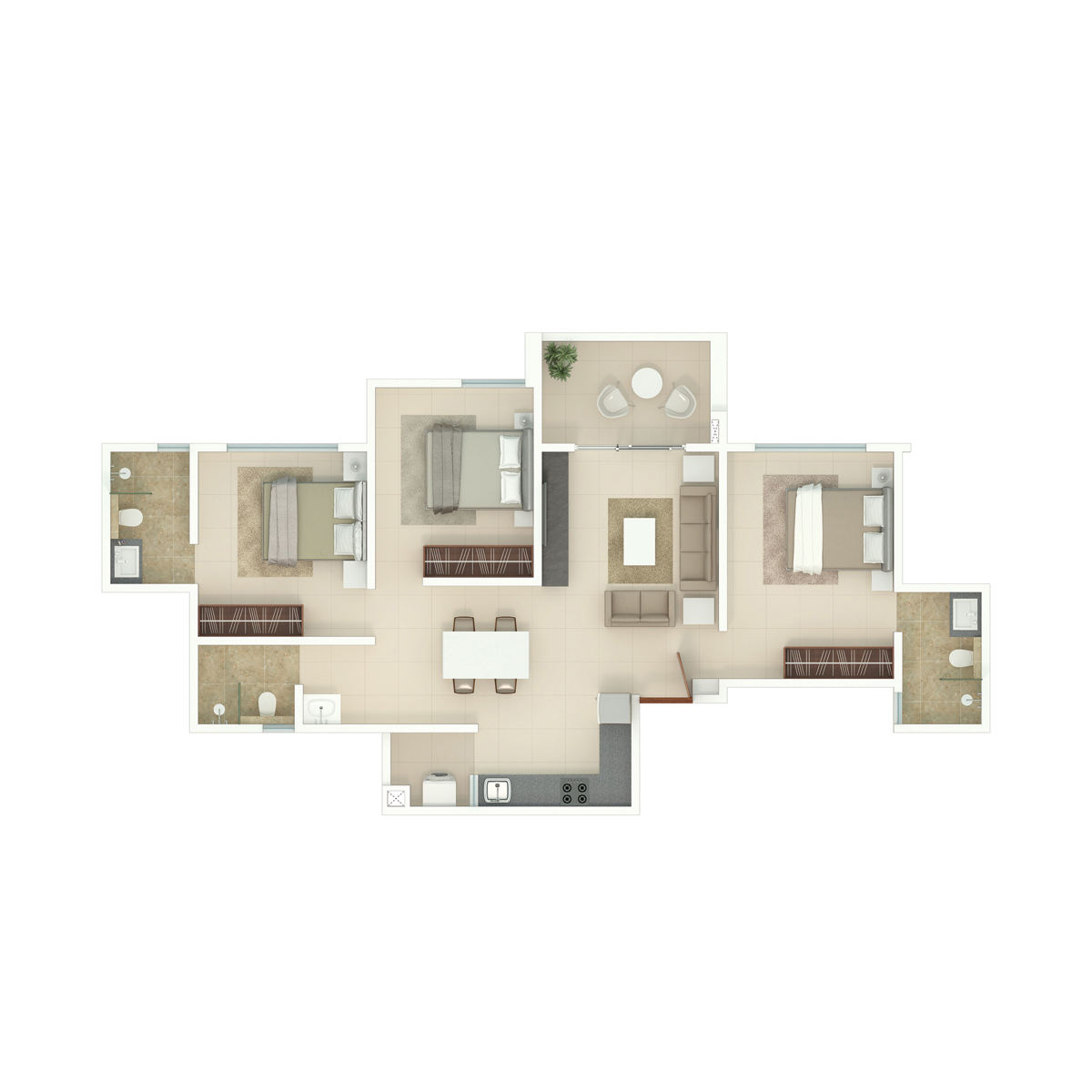 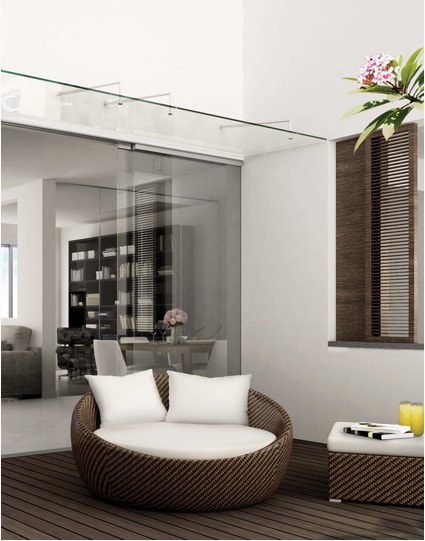 Vitrified tile flooring with skirting for all rooms
Ceramic tiles for toilets, balconies and attached terraces