“Roti, Kapda aur Makaan” (Food, Clothing and Housing) the age old adage is very relevant in today’s times as well. This particular post reflects the aspirations of a young India which is constantly looking to establish itself, much unlike the previous generations. To arrive in life, particularly in the Indian society, an individual is supposed to get settled at the earliest. The definition of settling down in life of an individual starts with an ‘owned home’.

Recent rapid economic growth, which has been led by service industries such as finance and information technology, has transformed Indian metro cities. We all know the reason for India being the fastest developing major economy is its vast young population belonging to the working class or about to enter it soon (known as the demographic dividend). The pace of migration from rural areas to the cities remains high and continues to fuel demand in the cities.

The erstwhile agrarian economy of India is gradually gaining prowess as a services hub of the world, while the current Indian government is making efforts to also make the country a large manufacturing hub. Add to it the numerous start ups which are run by young individuals and their employees. All this has thus created massive housing demand in all the metro cities particularly the six major markets of Bangalore, Mumbai, Delhi NCR, Pune, Hyderabad and Chennai that are major contributors to India’s GDP.

With increasing levels of education, the youth are taking up jobs and careers which are more remunerative than ever and hence, have higher disposable/ investable incomes. While real estate has seen an upswing in demand and supply in the last few years, developers laid more focus on constructing larger homes, in order to serve affluent Indians. Undoubtedly, there is a substantial demand for large spacious homes by the upper class sections of the society which developers are catering to, but the need for affordable and budget housing still remains unattended. 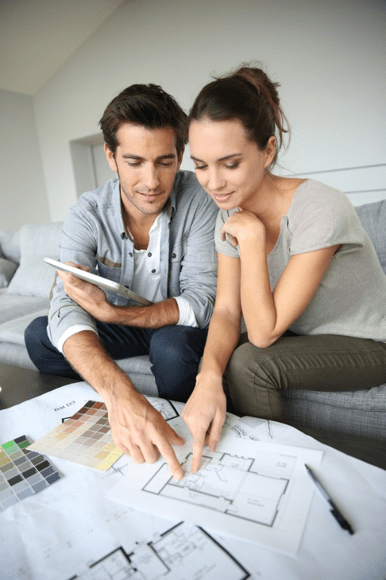 Homes nearer to the city centre have become unaffordable and out of reach of the young working population in the middle income class. Today, most real estate development tends to be in suburban areas of major cities as more land is available at lower rates, bringing down the cost of home ownership. The average age of a home buyer has steadily come down as more and more in the working class use their savings to make investments in “home” purchase. However, given the budget constraints they demand relatively smaller sized apartments, which fit their budget.

Why demand for 2BHK homes is robust? 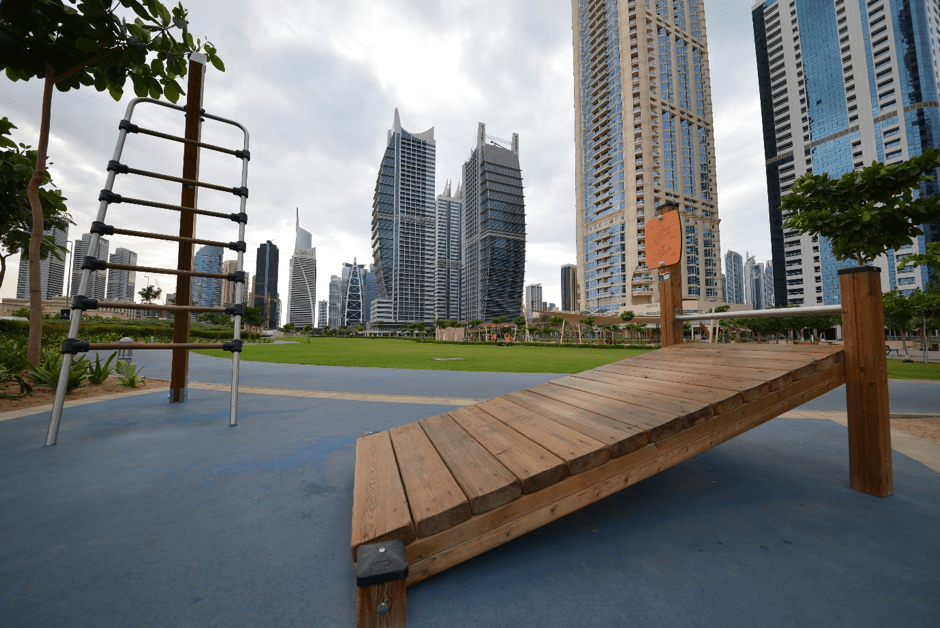 A number of builders are taking proactive measures in order to address this heavy demand. As can be seen from the below graph (Information Source: Citibank Property Insights for Q1, 2016), an overwhelming majority of the estimated 4500 units launched during the first quarter of 2016 were targeted at the affordable and mid-level segment of home buyers. 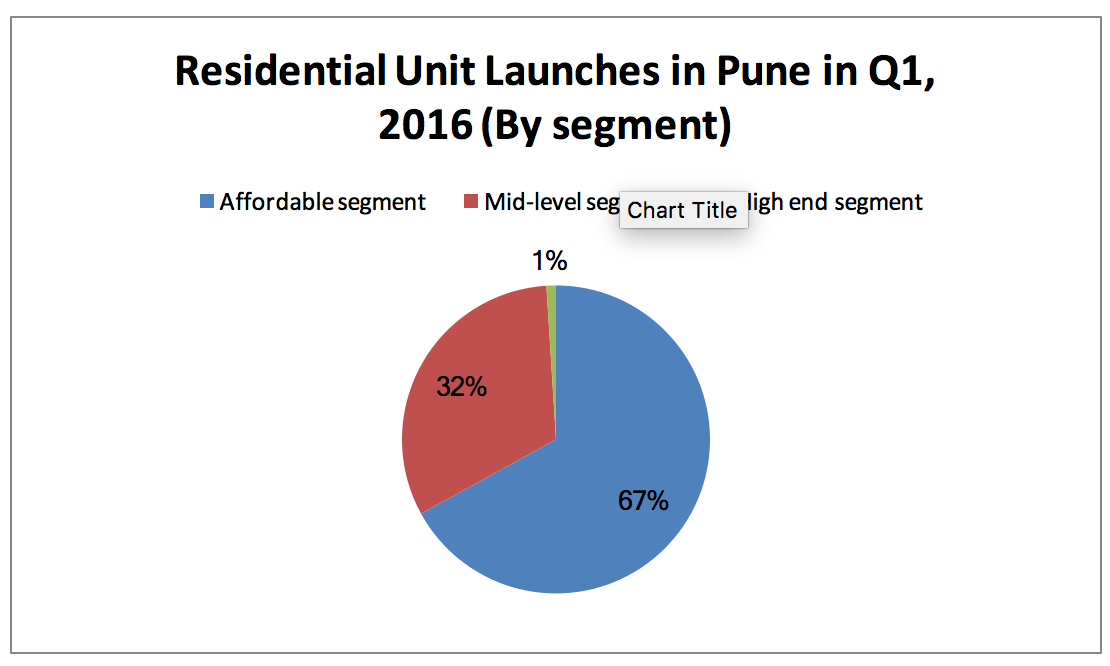 If one looks at the distribution of units in the below graph, one can see that 1 BHK and 2 BHK units together account for a whopping 87% of the new units launched. Keeping in mind the heavy demand, it can be safely assumed that a large percentage of these homes are 2 BHK. 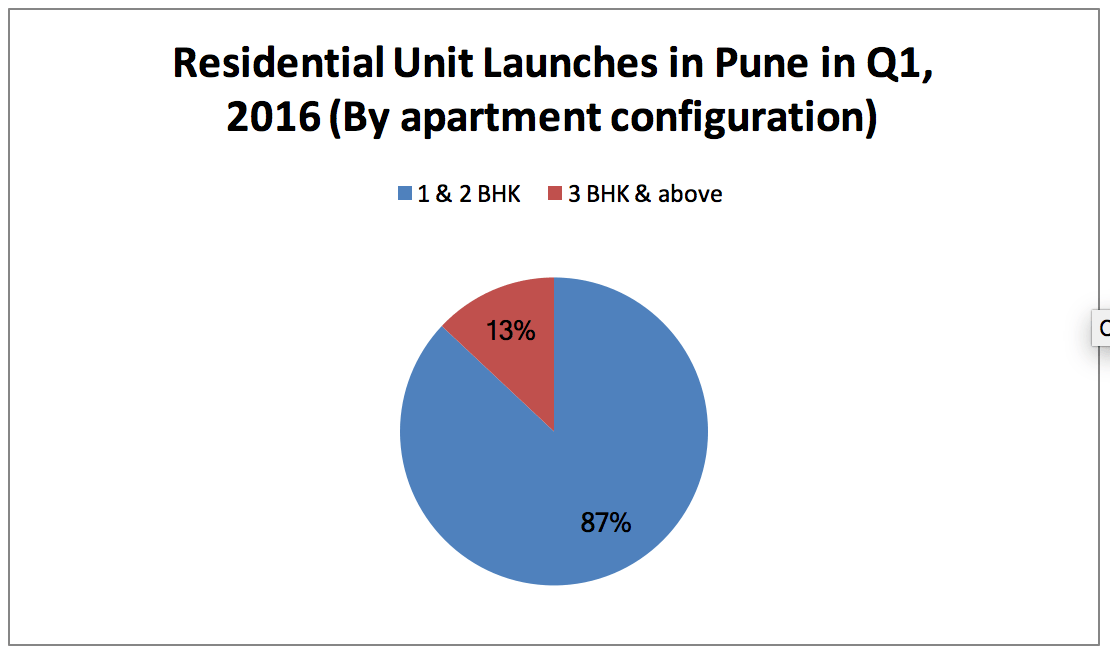 Conclusion:   Thus, after reviewing various aspects of heavy demand for 2BHK apartments, which is being given a further push by societal and economic changes, one can say that the demand and need for 2BHK is going to rule the market. Clearly, it makes sense for developers to continue providing most home buyers what they want.

For example, Rohan Builders’ new projects in Baner and Bavdhan, Pune called as Rohan Leher 3 and Rohan Madhuban 2, which will contain majority 2 BHK residences, aims to target the home buyers in the middle income brackets.