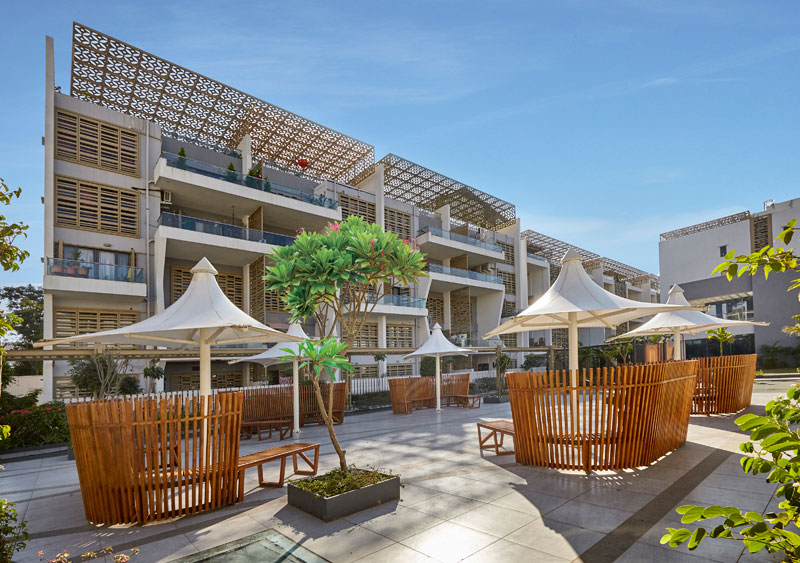 Western Pune includes the suburbs of Baner, Aundh, Balewadi and Hinjawadi among others. Baner and Aundh are known as some of the best developed and most coveted places to live in Pune while Hinjawadi is the heart of the IT hub that is Pune city. It is home to many of the IT Parks and SEZs where offices of around 300 IT and ITeS companies are located. Hence, Western Pune is considered one of the more progressive and developed places to live in. People are drawn to these suburbs either for the lifestyle they offer or for the proximity to workplaces, particularly for those in the IT and ITeS sector. Another important factor is the continuing plans for improvement of infrastructure and civic amenities.

Thanks to the continuous growth of these suburbs, there is a spillover effect which has resulted in the emergence of residential markets such as Tathawade which to the north of Hinjawadi and is situated along the Mumbai-Pune Highway making it a well-connected destination as well. Hinjawadi itself continues to grow as more phases are developed and more global companies locate their offices in the many tech parks and SEZs located here.

In terms of connectivity, Western Pune is blessed due to its proximity to the Mumbai-Pune-Bangalore Highway which passes through this region and connects it to the other two metro cities - Mumbai and Bangalore - as well as the rest of Maharashtra. The upcoming Pune Metro Line 3 supplements this connectivity. Conceived as an elevated stretch, this 23.3 km line will start at the Hinjewadi Rajiv Gandhi Infotech Park and traverse through Balewadi before merging with Line 1 and 2 at Shivajinagar and Civil Court, respectively. Thus, for residents of Baner, Aundh, Balewadi and Hinjawadi commuting to and from the city center will become much easier. The metro line will also serve to reduce commute time and decongest the main highway and roads which currently struggle under the weight of increasing traffic.

In addition to the Metro Line 3, the proposed 128 km Pune Ring Road and High Capacity Mass Transit Route corridor (HCMTR) will further augment connectivity in this region. The ring road will pass through the outskirts of Pune and places like Hinjawadi. Similarly, the 35.96 km elevated six lane corridor of the HCMTR will run in a smaller circle through the city and pass over 34 junctions, thus providing a continuous and uninterrupted movement of traffic and reduced travel time. In addition to 4 lanes for private vehicles, it will also include 2 dedicated lanes for BRTS with 26 stations.

There are numerous hospitals providing top quality medical care such as Hinjawadi Hospital, Lifepoint Multispeciality Hospital, Sahyadri Hospital and Medipoint Hospital among others.

In terms of recreational options, western Pune is home to the beautiful Pashan Lake, and Shri Shiv Chhatrapati Sports Complex in Balewadi. Westend Mall, Suyash Mall, High Street Balewadi, Big Bazar and D-Mart are some of the popular destinations for shopping, entertainment and spending a lazy day out.

Connectivity, continuous infrastructure developments and well developed social infrastructure are the key factors that make Western Pune an attractive and coveted residential destination. Rohan Builders is mindful of this and has thus chosen to locate a number of its premium as well as budget residential projects across this region.