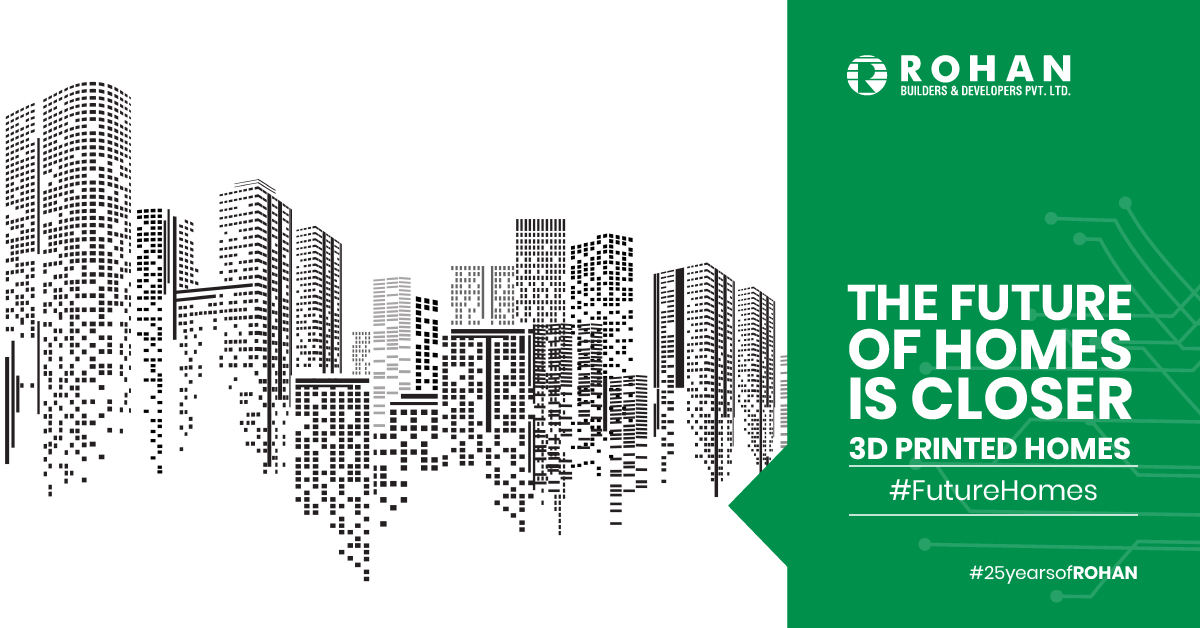 We live in interesting times

Two events, small in bearing yet big on viable impact have occurred very recently in the construction industry. Even though these events occurred outside India, the ripple waves have a probability of reaching us sooner than later. Both events are rooted in realism, qualifying them for our attention and awe.

First, a 3D Concrete Printing Facility Opened in Eindhoven, the Netherlands with 4 orders to 3D print bridges and to 3D print five homes already in place. While Eindhoven itself occupies an area of roughly 88.87 km², it is known for certain prowess and active hustle and bustle of 3D printing technology. And some of its bustles seem to now have given the proverbial knock on doors of the construction industry by securing commercial orders to 3D print homes and bridges.

Second, a bridge of 26.3-meter length opened up in Shanghai China to pedestrians. A small, but significant step towards grabbing the attention of infrastructure fraternity across the world. The scales seem to have tipped in favor of on-site, low cost, rapid and durable construction with the balance skewed towards 3D printed construction.

If one factor in variables in play such as weather, temperature, humidity, and available raw material's technical specifications, the on-site 3D printing of concrete products has not been stimulating enough in a commercial sense until now. This has also been a source of restraint by realists when it comes to accepting small steps of progress as indicative of real impact on consumers.

Furthermore, the ability to secure commercial projects and to deliver has not been proven on the scale.

Recent days seem to have changed this perception. These are indicative of the advent of an incremental change in construction technology.

The future of homes is close.

Each shift at a macro level has often led to a change in execution strategies carefully designed to either survive or flourish with varying degrees of success or failure. Which brings us to a question, what are the tangible attributes associated with the term 'Future Homes'?

From a long string of adjectives and acronyms, four simplistic ones are -

Of these, one particular attribute is expected to lead others in our search of, selection choices and the physical spaces we live in - technology. Until now, construction of homes has been done using fairly known engineering processes and machinery.

This know-how is not expected to become irrelevant. But the machinery and processes themselves are evolving, unfolding a future course in front of us. Perhaps the time is not here when one would simply walk in with a design of a house in a USB stick, and walk out with a printed house. We are not there yet, but we are close.

Technology is acknowledged as being successful when it impacts the daily life of common citizens.

We are proud to be a part of an industry which has a direct and indirect contribution to the betterment of many lives even with incremental changes.

Ergo, when the possibility of a momentous shift is being discussed, it is but natural to stand up and take notice. In the current topic of discussion - 3D printing concrete structures - the speed of construction is an easily visible advantage. But it is just one of the several.

3D printing a house will bring a change in how manual intensive hard labour contributes to construction. It is expected that gender percentage - which is currently skewed unfavourably for females - will start finding parity. More females will find careers in this industry.

Straight walls, geometrical shapes are economical to build. The moment one attempts to introduce incongruency, the costs shoot up and differently, skilled masonry comes in to play which adds to the complexity of constructing which is a reality for many of us engineers and contractors.

With 3 D printing, engineers, contractors, and architects will find freedom from these shackles. Homes, offices, industries and public institutions will be built differently and this probability excites us.

Whether capital costs change, and if yes then by how much, remains to be seen. But with time, they are certainly expected to come down and become viable enough to make it the mainstream way of construction.

Awareness has increased about safety processes and about implementing mandatory protocols while working on site. However, with 3D printing, safety is set to get way better than where it currently stands. It will become manageable and controllable and reduce safety hazards.

In effect, there may be in varying scale -

We are part of an industry which is the largest contributor to India's GDP and second largest employment sector too. Any potentially disruptive change in this industry is keen to a litmus test not just for the sector but for the nation.

The change in color when one takes a litmus test is indicative of its efficacy. We find this parallel interesting. When a life-changing technology is introduced in the ecosystem, common lives must feel it's a contribution and happier daily life should emerge.